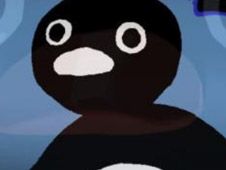 What is FNF Vs Noot Noot! Pingu?

Somehow, Boyfriend is in the South Pole, where he meets none other than Pingu, one of the most popular cartoon penguins in the entire world, with whom he is now going to have a rhythm battle, which he will win, with your help, on the song called 'Noot Noot', which is what this character says a lot!

Sing Noot Noot with Pingu and BF in FNF!

Help BF reach the end of the song by hitting your notes according to the charts, something you do by pressing arrow keys at the same time as the identical arrow symbols match above BF, but be careful not to miss hitting notes too many times in a row since that leads to you losing.

We wish you simply the best, and we invite you to stick around for more fun to come, we always hit, never miss!\