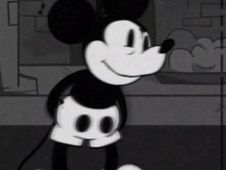 What is FNF Mice Anthology: Frenzical?

In the FNF Mice Anthology mod you will sing Frenzical by the side of a Cartoon Boyfriend against Mouse.AVI, the most depressed Mickey Mouse you will ever meet, and since previous such encounters had been tons of fun, this one ain't going to be an exception!

When you see the floating arrow symbols match above BF's head, press the identical arrow keys at the same time, hitting your notes, and keep at it until the song ends to win. Be careful not to press the wrong keys or press them at the wrong times too many times in a row, you will end up losing after one too many mistakes. Good luck, enjoy!