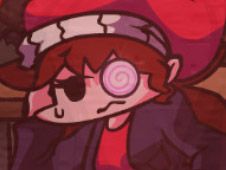 Hypno’s Lullaby is a popular FNF mod that has now gotten updated with 2 joke songs, in addition to the awesome ones it already had, so we now invite you to have lots of fun going up against these dangerous and scary characters on the following tracklist:

Whether you are playing in the story mode or free play mode, to win you need to do the same thing, which is reach the end of the songs by playing their notes according to the charts.

To do it, press the arrow keys at the same time as the identical arrow symbols match above BF, to the right. Be careful not to miss your notes too many times in a row, you will lose and have to start again from scratch. Enjoy!