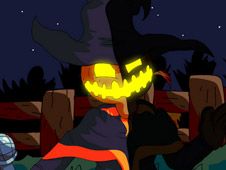 What is FnF vs Zardy Phase 2 in HD?

Zardy and Cablecrow, the new power duo of scarecrows in the FNF universe are back, this time with their original mod but remastered in HD, which is why we are excited that right now we could share with you the awesome new game called FnF vs Zardy Phase 2 in HD, where you will battle this classic character again, but this time, everything looks and sounds better!

Defeat the scarecrows through music, now in HD!

You will choose if you play this game in either the story mode or the free play mode, and in both of them, you've got to give your best to reach the end of the songs, playing all their notes according to the charts, winning once you reach the conclusion of the game.

Be careful not to miss hitting too many notes in a row, because if that happens, you will lose and be forced to start all over again from scratch. To hit notes, press arrow keys at the same time as the arrow symbols above BF's head match with one another, simple as that. Enjoy!