FNF vs Scott The Woz 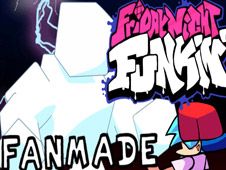 What is FNF vs Scott Cawthon (Fanmade)?

FNF vs Scott Cawthon (Fanmade) is a special mod made by fans of FNF but also of FNAF, because Scott Cawthon is the creator of Five Nights at Freddy's, and you will now have to go up against him on the song called 'Scott'.

Try the FNF x FNAF Scott Cawthon mod right now, it's worth it!

As the song progresses you need to help BF hit all his notes according to the charts because if you do that and reach the song's conclusion, you win. To hit notes you press arrow keys at the same time as the identical arrow symbols above him match. If you miss doing it multiple times in a row, you lose and have to start again from scratch, so be focused, and in instead!