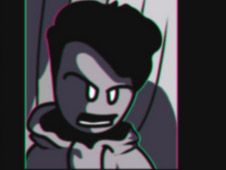 What is FNF: Funkdela Catalogue?

Come play FNF: Funkdela Catalogue right now for a unique experience where two characters from this series battle one another, and they are none other than Cesar and Mark, and in this demo version they will battle it out on the song called 'Think'.

Cesar and Mark, the battle of Funkdela Catalogue!

To win this battle you need to reach the end of the song by having played its notes according to the charts, so when you see arrow symbols float and match above your character's head, that is when you have to press the identical arrow keys. If you miss doing it multiple times in a row, you lose and have to start again from scratch. Enjoy!