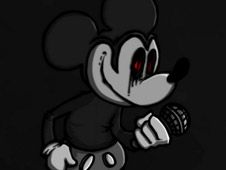 What is FNF VS Sad Mouse Official Remake?

The Official Remake of the FNF Sad Mouse Mod has just dropped for you all here, with us being very confident that you will simply adore this new and improved version since the original mod created quite a ruckus and brought to the table a lot of awesome spin-offs. Of course, a great remake has new songs, and these are the ones:

In either mode you will be facing it, winning is achieved in the same way, by reaching the end of the songs, something that can only be done by hitting your notes according to the charts until that point.

To do it, when arrow symbols match above BF, that is when you press the identical arrow keys, but be careful not to miss hitting said notes too many times in a row, since that leads to your loss. Good luck, enjoy!

Legend of the Goblin King
ADVERTISMENT