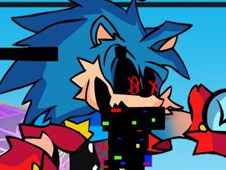 What is FNF X Pibby vs Zero Monster?

In the new FNF Pibby universe we enter right now we meet Sonicstrong, a new version of the character that has been corrupted, and whom you now have to defeat on the following tracklist through a rhythm battle:

Whether you're playing in the story mode or free play mode, to win you have to do the same thing, which is to reach the end of the songs by playing their notes according to the charts, so when you see arrow symbols match above BF's head, press the identical arrow keys.

Be careful not to miss hitting notes too many times in a row, since that would lead to you losing and having to start all over again from scratch. Good luck and the best we wish you, as always!