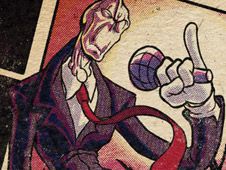 What is FNF Trepidation 1.5?

The FNF Trepidation 1.5 is a way bigger update and upgrade from the first version of this mod, where Boyfriend needs your help fighting off against various Creepypasta monsters and characters, like:

Whether you choose to face these monsters in the story mode or free play mode, to win you have to do the same thing, which is hit your notes according to the charts until the end of the song, which is when victory is achieved.

To do it, press arrow keys at the same time as the identical arrow symbols match above BF but be careful not to miss hitting notes multiple times in a row, or you lose and have to start again from scratch. Good luck, and the best we wish you all, as always!