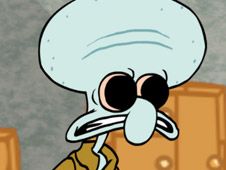 What is FNF vs Nectar SpongeBob?

The FNF Nectar SpongeBob features an interpretation of an older meme originating from this Nick show, where right now you sing and dance with these Bikini Bottom characters on the following two songs:

Let's have an FNF battle vs Nectar SpongeBob!

When the floating arrow symbols match above your character to the right, that is when you need to press the identical arrow keys to hit your notes, and do it until the song ends to win, without missing hitting notes too many times in a row, since that leads to you losing. Good luck, the best we wish you!