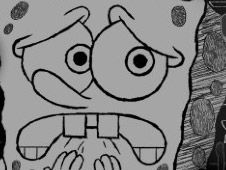 What is FNF: Spongebob Around the Clock Mod?

FNF: Spongebob Around the Clock Mod is a different mod that you can find and play right now free of charge on our website, where the Spong has to battle the trio of Jellien Overlord’s helpers (Jelien Prowler, Squid Guard and Doodle Patrick), which you do on the following tracklist:

Let's go around the clock with Spongebob in FNF!

After you make your choice between the story mode and free play mode, get to the end of the songs by playing all their notes according to the charts to win. So, when you see arrow symbols match above BF's head, press the identical arrow keys. Keep at it to win, but know that if you miss doing it too many times in a row, you lose and have to start again from scratch. Enjoy!