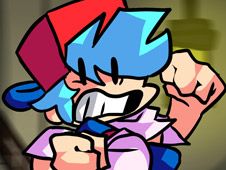 What is FNF X Identity Fraud?

In the new FNF Identity Fraud mod, someone stole Boyfriend's identity, and he now has to face off against this musical faker to retake it, which we are sure you will prove with your superior music skills, doing it on one song called 'Deceiver'!

When you see floating arrow symbols match above BF's head, that is when you need to press the identical arrow keys to hit your notes, and if you can keep doing it until the song concludes, you win. Make sure not to miss hitting notes too many times in a row, you lose and have to start again from scratch! Enjoy!