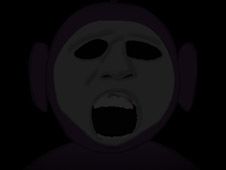 What is FNF: Vs Slendytubbies?

You had the chance to go up against a combination of Slenderman, the hideous monster, and a Teletubby before on our website, but you only did it with one character, and on one song, but today you will get to go up against multiple of these creepy monsters, and, even better, there will be a lot more songs for you to enjoy as well, such as:

Escape the horror of the Slendytubbies by defeating them through rhythm!

Whether you are playing this game in the story mode or free play mode, your goal is the same, which is to reach the end of the songs by playing all their notes according to the charts.

To do this, watch for the arrow symbols that float above BF, and, when they match, press the same arrow key yourself, but if you miss doing that multiple times in a row, know that you will lose. Enjoy!