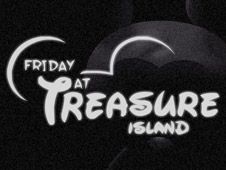 What is Friday Night at Treasure Island?

Boyfriend got a brand new job at a Disney resort known as Treasure Island, where he found out that he is not alone, so he now has to take part in a brand new rhythm battle, as that is the only way for him to survive the scary nights as a security guard there, and you do it on the following songs:

You will play in either the story mode or free play mode, but no matter the choice, the way you play is the same, and your goal is to reach the end of the songs by playing all their notes according to the charts since that is how you win.

This means that when arrow symbols are matching above BF's head, you will have to press the identical arrow keys. Be careful not to miss doing it too many times in a row, since that leads to you losing the musical confrontation. Enjoy, have fun!