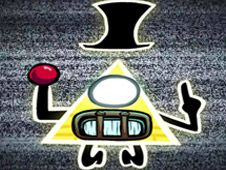 What is FNF vs Bill Cipher (Gravity Falls)?

Bill Cipher from Gravity Falls is now your newest FNF antagonist, something that fans of both these series have been waiting for a long time since this character might have popped up here and there, but never before with a full mod and a three-song tracklist:

Whether you face this new character in the story mode or free play mode, to win you do the same thing, which is playing your notes according to the charts, winning once you reach the conclusion. So, when arrow symbols float and match above BF, you need to press the identical arrow keys. Don't miss doing it too many times in a row, you need to start again from scratch. Enjoy!