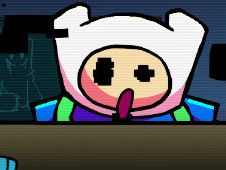 What is FNF: Pibby Proliferation?

FNF: Pibby Proliferation is a mod where the Pibby virus is going through several cartoon worlds, and you need to sing against characters from them on the one song called 'One Missing Element'.

When the floating arrow symbols match above the characters on the top right side of the game screen, press the identical arrow keys to hit your notes, doing it until the song ends to win, while being careful not to miss your notes too many times in a row, because if your health bar depletes, you lose and need to start again from scratch. Enjoy!