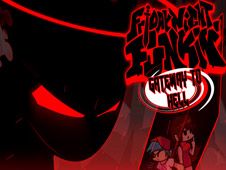 What is Friday Night Funkin’ vs Auditor FULL?

The Auditor from Madness Combat returns right now in the world of FNF mods online for free we have built here for you all, and this mod is to die for since it does not have only two songs as the previous version, but an updated tracklist with tons of new tunes, as well as cool new animations, backgrounds, sprites, and the like. Here is the full list of songs:

You will have to make a choice between the story mode and free play mode, after which you need to give your best to reach the end of the songs by playing all their notes according to the charts, no matter the format. To achieve that, press arrow keys at the same time as identical symbols match above BF's head. Don't miss many notes in a row, or you lose and have to start again from scratch. Enjoy!