Friday Night Funkin but Monster has no iPhone 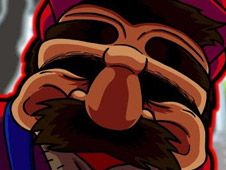 What is FNF Vs Ring Cam Mario – Motion Has Been Detected?

Mario, a creepy one at that, appeared at the Ring Cam of Boyfriend's house, and now the two will have a rhythm battle against one another through it to one awesome song called 'Death-Toll'!

Motion Has Been Detected, so defeat Ring Cam Mario in FNF!

At the same time as arrow symbols match on the top right side of the screen, that is when you need to press the identical arrow keys to hit your notes, and if you keep at it until the song ends, you win but be careful not to miss hitting notes multiple times in a row, you will end up losing. Good luck and the best we wish you all!