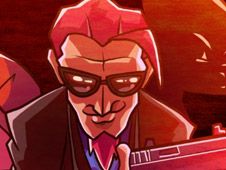 FNF Postal F, also known as Apocalypse Friday is a mod featuring Boyfriend entering the wrong side of town, from where he now needs to escape using musical skills, something you will help him do through three new awesome songs:

From the main menu, you need to choose between playing in the story mode or free play mode, and in both cases, reach the end of the songs by playing their notes according to the charts.

So, when the floating arrow symbols match the above Boyfriend on the right, press the identical arrow keys simultaneously. If you miss too many notes in a row, you lose and need to start again from scratch. Enjoy!