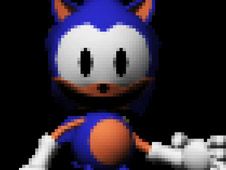 What is FNF Vs Rewrite (Sonic.exe)?

FNF Vs Rewrite is a mod featuring a new version of Sonic.Exe as your newest antagonist, who we invite you to go up against and defeat right now on also two new songs you've never heard and played before, so you have even more reasons you HAVE to try it out:

Defeat the Rewrite of Sonic.Exe in FNF right now!

From the main menu you need to make a choice between playing in the story mode or free play mode, and, in either case, hit notes according to the charts until the end with BF to win.

To do it, press the arrow keys at the same time as the identical arrow symbols match above him on the right, but know that missing notes deplete your health bar. If it is empty, you lose.

You miss notes if you press the keys wrong, not at all, or at the wrong time. Good luck, we wish you the best, and more of you we hope to see more, as much of it as possible! Enjoy!