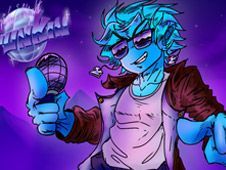 What is FNF Disco Battle vs Thony?

People don't really go to the disco anymore, like in the old days, but Thony is still a big fan of it, and he loves both disco music and disco dance moves, and this flashy character who drives a sports car pulled up to Boyfriend and challenged him to a musical battle, something you will help our protagonist win, and you do it on the following songs:

Battle Thony and rediscover the joy of disco music!

So, when you see the arrow symbol above BF being matched, make sure to press the same arrow key at the same time, but be careful not to miss doing that, because if you miss too many times in a row, you lose the game and have to start again. It's all that simple, so start now, and have fun as only here is possible!