FNF vs Sonic.EXE but Bad 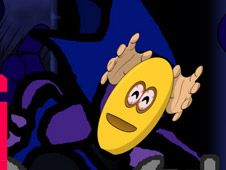 What is FNF vs Sonic.EXE but Bad?

FNF Sonic.Exe has been one of the most popular mods to have recently appeared in our category of Friday Night Funkin' Games, and proof of that is the many spin-offs from it that have appeared, as well as mods that have clearly been inspired by it, with you now being invited to play the same mod, only in a new way, because it will look bad, sound bad, and play hard, but still be a fun and funny experience at the same time!

Defeat Sonic.Exe even in his bad mod!

Whether you are playing against this demon character in the story mode or free play mode, your goal remains the same, which is reaching the end of the songs by playing all their notes according to their chart, which is done by pressing the arrow keys at the same time as the identical arrow symbols match above BF's head.

Be careful not to miss pressing the keys too many times in a row, since that will lead to you losing the game and having to start it again, and we wish that does not happen, but instead, you win! Have fun!