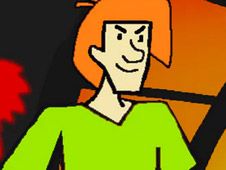 What is FNF: Shaggy but Bad?

Since Shaggy is one of the most popular characters to have appeared in the world of FNF Games so far, it was only a matter of time before there had been a bad version of his original mod, which means that you get to have the same excitement you had when you played the original, but this time with bad graphics, music, and animation, which only makes everything ten times funnier!

Even when the FNF Shaggy mod is bad, it's still great!

Whether you play this game in the story mode or free play mode, your goal remains the same, which is to reach the end of the songs by playing all their notes, something for which you use the arrow keys, so when arrow symbols above BF match, press the same keys on the keyboard yourself.

Once the progress bar is fully in your favor, you won, but in case you miss pressing the keys correctly too many times in a row, you are going to lose the whole game. Enjoy!