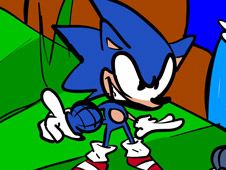 What is FNF Sonic 3 and Funkin?

In FNF Sonic 3 and Funkin you once again go up against this beloved blue hedgehog in a rhythm battle, something that we invite you to do right now on three new tracks:

In either mode you are playing, make sure you sing your notes according to the charts until the end of the song to win, something that you do by pressing arrow keys at the same time as the identical arrow symbols match above BF's head.

If you press them early, late, or the wrong ones, you miss notes, so don't miss too many notes in a row, since that will lead to your loss. Good luck, we wish you the best, and hope to see more of you here, as usual!