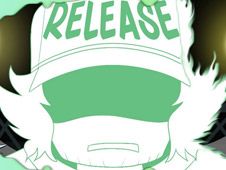 What is FNF Vs Garcello Retrospecter Release?

Garcello is and always will be one of the most popular characters in our series of Friday Night Funkin Games online, which is the reason why right at this moment our team is happy to bring you all-new games featuring him as often as possible, as is today's case with FNF Vs Garcello Retrospecter Release!

Retrospecter's Smoke 'Em Out Remix is awesome, try it out!

Garcello is a chain-smoking man who is one of Boyfriend's biggest rivals, despite his chill attitude, and now you need to help our protagonist win his battle against him in this new version of his classic songs, with brand new charts!

You use the arrow keys to play this rhythm game, where you press them at the same time when the arrows match above BF's head, and if you reach the end of the song and the progress bar is green and in your favor, you win!

Make sure not to press wrong keys, or get the correct keys at wrong times, because too many of these mistakes in a row means losing the game, and we're sure none of you want that to happen, right?