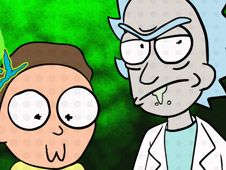 What is FNF Rick And Morty Musical Mayhem?

The newest FNF Rick and Morty mod of our website is called Musical Mayhem, where Boyfriend has to face these interdimensional travelers on three new songs, an experience we are sure you are going to really enjoy:

Let's have an FNF Musical Mayhem with Rick and Morty!

After making your choice between playing in either the story mode or free play mode, in either case, give your best toward reaching the end of the songs, doing so by hitting notes according to the charts until you reach there.

To do it, press the arrow keys at the same time as the identical arrow symbols match above the character to the right while being careful not to miss your notes too many times in a row, you lose and have to start again in that case. Enjoy!