Sonic.EXE Prey But in HD 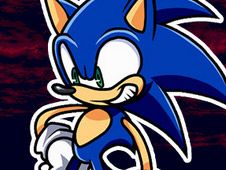 In the new FNF vs Sonic.Exe mod you will sing Prey, but with a remixed version that features the Sonic characters as they appeared in 2006, one of the most iconic representations of the characters!

When you see floating arrow symbols matching on the right side of the screen, at the top, you need to press the identical arrow keys at the same time, and keep doing it until the song ends to win, without missing to do it too many times in a row, because then your health bar depletes and you need to start again from scratch. Good luck, enjoy!