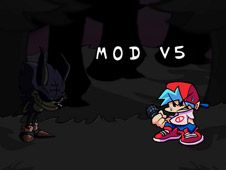 What is FNF Sonic.exe Apollyon mod?

Sonic.exe Apollyon is the newest version of the cursed creepypasta character that has made quite a ruckus in the world of FNF Games, and we invite you right now and here to have a great time fighting against it with music on the following songs:

Can you defeat Sonic.exe Apollyon in FNF?

Whether you choose to play in the story mode or free play mode, you win in the same way, by reaching the end of the songs, something that is done by hitting your notes according to the charts until the end.

To do it, press the arrow keys at the same time as the identical symbols match on the top right side of the screen. If you miss hitting notes too many times in a row, you lose and have to start again from scratch. Enjoy!