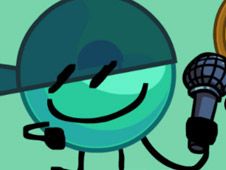 What is FNF Burger Night Brawlin?

Burger Night Brawlin is an FNF mod where Boyfriend battles against Greeny and Nicole from the YouTube series, and you're invited to help him win these fights in this demo right now and here!

Can you win the Burger Night Brawlin of FNF?

When the arrow symbols that float on BF's side on the top right side match on top of his head, press the identical arrow keys to hit your notes, doing it until the song ends to win, but know that if you miss too many notes in a row, you lose and have to start again from scratch instead. Enjoy!