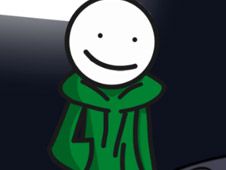 What is FNF Vs Dream Mod?

Dream is a stickman character that resembles Bob a lot, and he is the newest antagonist that you have to face off against in our category of Friday Night Funkin' Games, where right now we are happy to share with you all the game called FNF Vs Dream Mod, where Dream replaces Daddy Dearest in Week 1!

Can Boyfriend defeat Dream, with your help?

If you think so, then focus, so that when you see arrow symbols above BF match one another, you press the very same arrow keys on the keyboard to hit the notes of the songs at the right time, but be very careful not to press the keys at wrong times, since too many misses mean losing the game.

But, if you don't miss notes, but play them according to the charts, you reach the end of the songs and win the battle, something that will be shown by having the progress bar turn in your favor, simple as that! Good luck, and have fun!