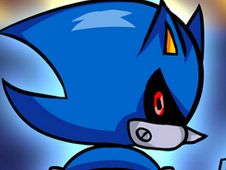 What is FNF vs Metal Sonic (Stardust Showdown)?

Metal Sonic returns in FNF with Stardust Showdown, a brand new mod where he features as an antagonist against you and BF, and, of course, this one has three brand new songs different from the ones you had played in his previous one:

After making your choice between the story mode and free play mode, give it your very best to reach the end of the songs by playing all their notes according to the charts.

To do this, as the song progresses, when it's your turn to sing, you will see arrow symbols match above BF's head, which is when you need to press the identical arrow keys.

Know that if you miss doing that multiple times in a row, you lose and have to start all over again from scratch. Good luck, we wish you the best, and tons of fun, as per usual!